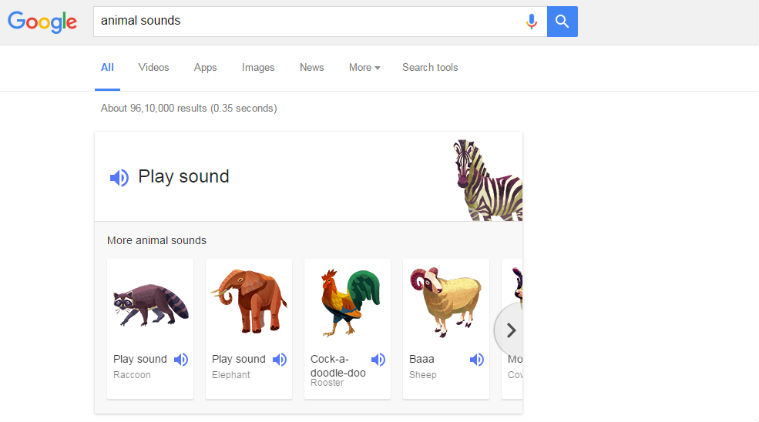 Google has quietly rolled out a new feature to search which demonstrates various animal noises when the phrase “animal noises” is entered into the search bar. A carousel of animals and corresponding noises appears, which can be heard when clicked or tapped on.
Here is the Google’s new update. According to this new feature to search, When the Phrase “Animal Noises” is entered in to the Google Search Bar, then a noise of corresponding animals will appears, It can be heard just by clicked or tapped to the “on” button. 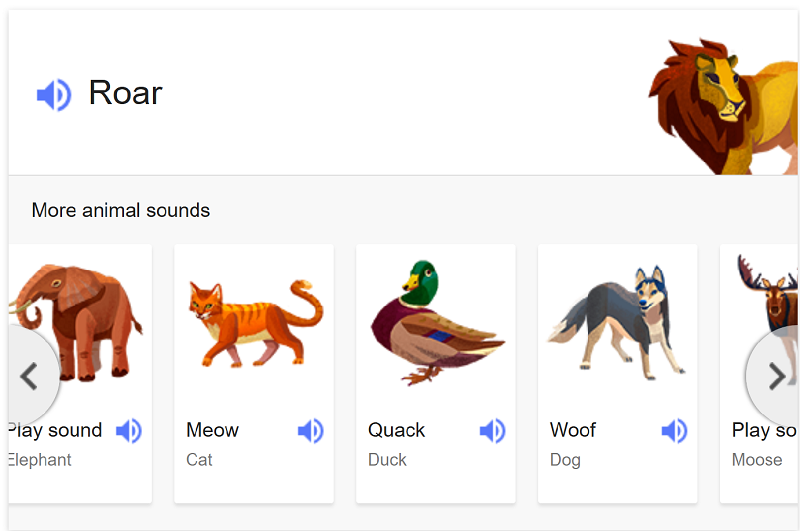 For eg, If you will enter a phrase in Google search bar “What sound does an elephant make?” then a sound icon will appear with the same animal voice, where you can just click over that icon and heard the voice of the respective animal.
We think this feature has been implemented a couple of weeks ago. First in Mashable appears to be noticed it in North America and Google Austria Google+ page has spread this news in March. So in total around 19 animals voice have been added with the below list.

We all know it could be useful for education purpose of children or general reference of animals voice. Currently this feature is available in desktop, iOS and Android app of Google in worldwide.